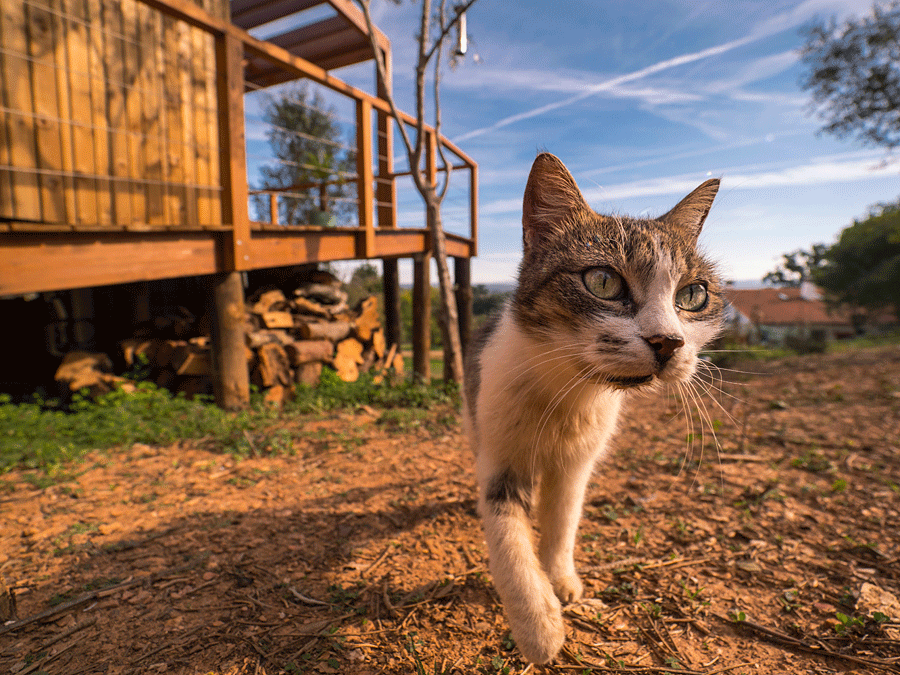 In fact, it was a pussy, and she did not die, but was put to sleep. Eighteen years together. She moved with me from Warsaw to Kuwait, from Kuwait to Lisbon and then further to the Portuguese countryside.

She was quite a bitch – she did not like people (especially children, to whom she was religiously aggressive), she was a very picky eater and she was always in charge of the rest of my cats and two dogs. I guess that’s why there was such a close bond and a lot of love between us. The dictator cat and me.

Maybe it’s a cliché that animals take after their owners, I don’t know…. To me, there is some truth to this. With Goblin (that was her name), I had a strong relationship based on a code of rules that we both strictly followed.

I still have two cats – Slipper (the cuddly one), LuLu (the ugly one) and two Weimar pointers: Slate (the leader) and Flint (a drama queen). So if I take after my animals it would make me a spastic drama queen who likes to cuddle every now and then. I suppose it could be worse.

I feel much better around animals than with people. People fail on so many levels! They are flawed by nature. An animal, on the other hand, does not have this selfishness, it is loyal and protective. It is not afraid to show how much it loves you, neither it is afraid to show its gratitude for your love. A simple, unpretentious relationship. Also, there is nothing better then a properly warmed-up couch or hiking together in the woods or long-lasting face licking/stroking sessions.

Ok, I’m off, back to my zoo (feeding time). A cat in a box arrived today (decided to cremate – the dogs would probably dig up the corpse). Will scatter the ashes and plant something nice to remember her by. 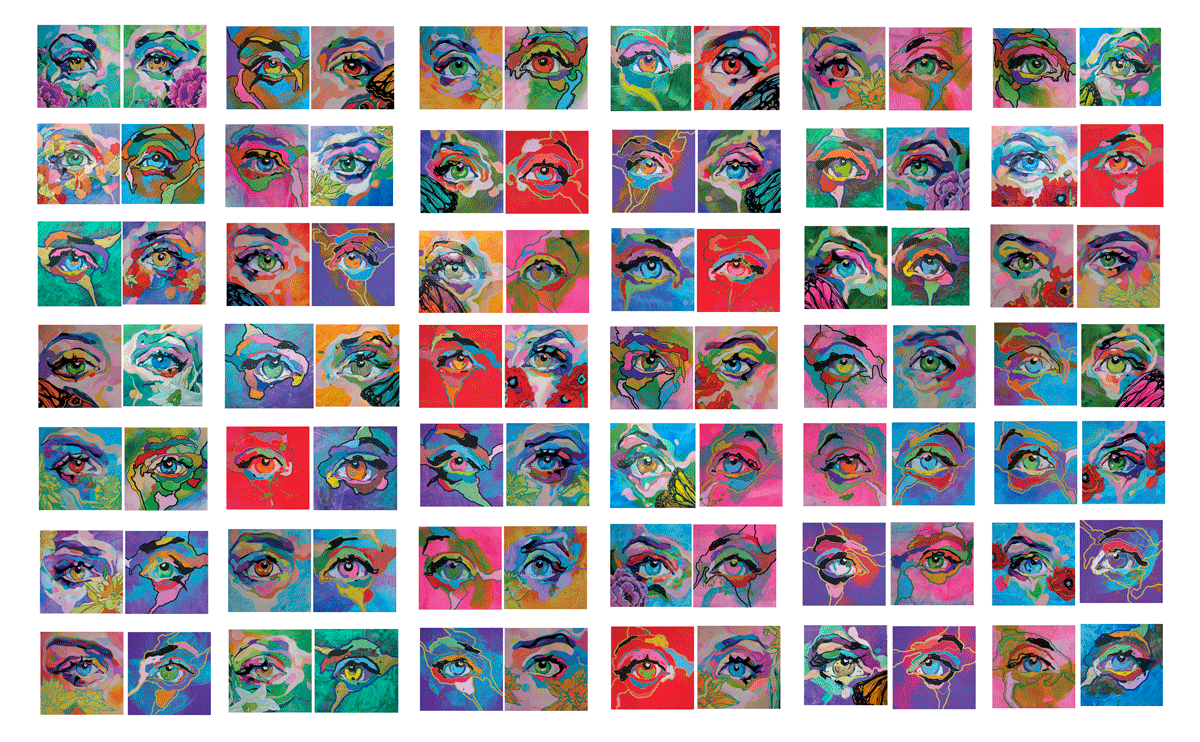 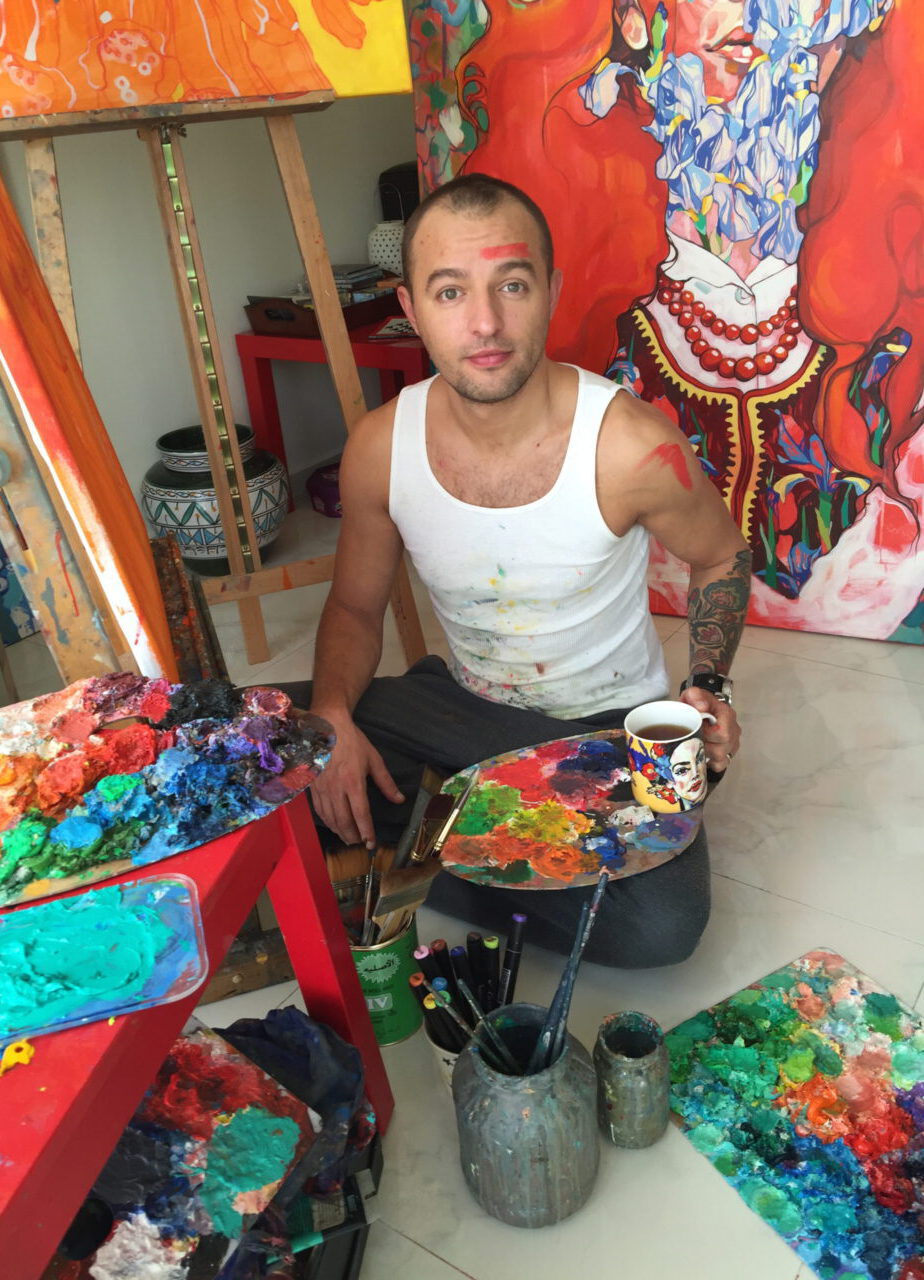 Born in Rzeszow, 1981, currently based in Portugal. A painter, graphic designer and illustrator, graduated Warsaw Academy of Fine Arts (2006).

Jasinski cooperates with a number of companies, fashion designers and institutions. His art work features in the centenary edition of British VOGUE. Curator of Jasinski&friends annual exhibitions.